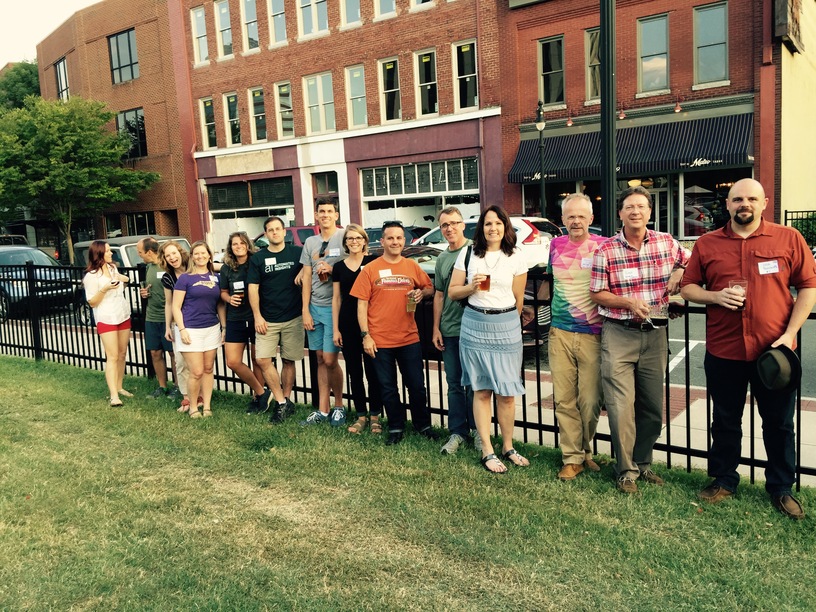 With two teams past the midpoint of the Triangle Tech Challenge, which covers 1,077 miles around North Carolina, two dozen racers got together last night for beers at Bull McCabes in downtown Durham, NC.

To date, the 43 teams of four runners from Triangle tech companies have covered more than 12,000 miles.  The race started July 23 at a virtual starting line in Asheville, North Carolina and will end in a few weeks in Asheville.

At this point, teams from Bandwidth and Netsertive are decisively in the lead with more than 700 miles apiece, just passing through Wilmington, followed by a pack of teams back at the 500 mile mark. (Don’t worry, Carolina’s tech elite are not actually out on the highways and byways. Runners are sleeping in their own beds, submitting mileage from their daily runs at home to Racery to advance team avatars on the race map.)

Fueled by the gathering, some runners went home and logged even more miles.

Sweating out that 7.2 beer from the #TriTechRace Happy Hour. This is 2 nights in a row drinking & running @MitalPatel

For more about the start of the TriTech race, see ExitEvent’s excellent coverage and also this post about the launch.