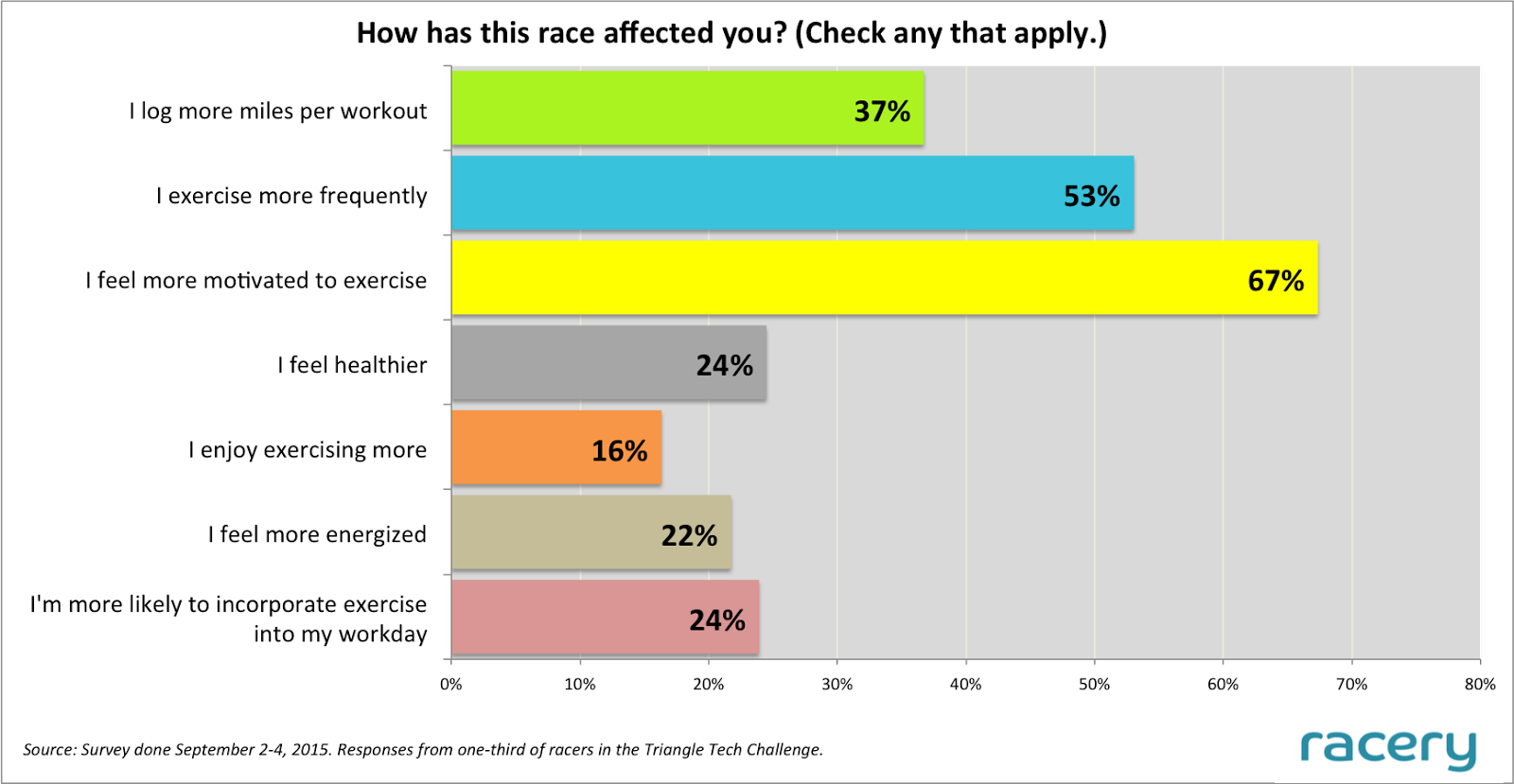 We recently surveyed racers in the Triangle Tech Challenge, a multi week virtual race between 43 teams from tech companies in North Carolina.

Racers reported broad positive effects of the virtual race on individual bodies and minds. “Motivation” is already the word we hear regularly from racers talking about Racery, and it’s fascinating to see that fully 2 of 3 racers said this virtual race boosted their motivation. More than half said they exercised more regularly because of the race.  And 22% of racers felt more energized because of the race.

That’s all good news, but we’re even more excited by the virtual race’s affect on the racer’s social network. Racers were talking with colleagues and family members about the race. And nearly 2 in 3 racers felt more connected to colleagues who were also participating in the race. 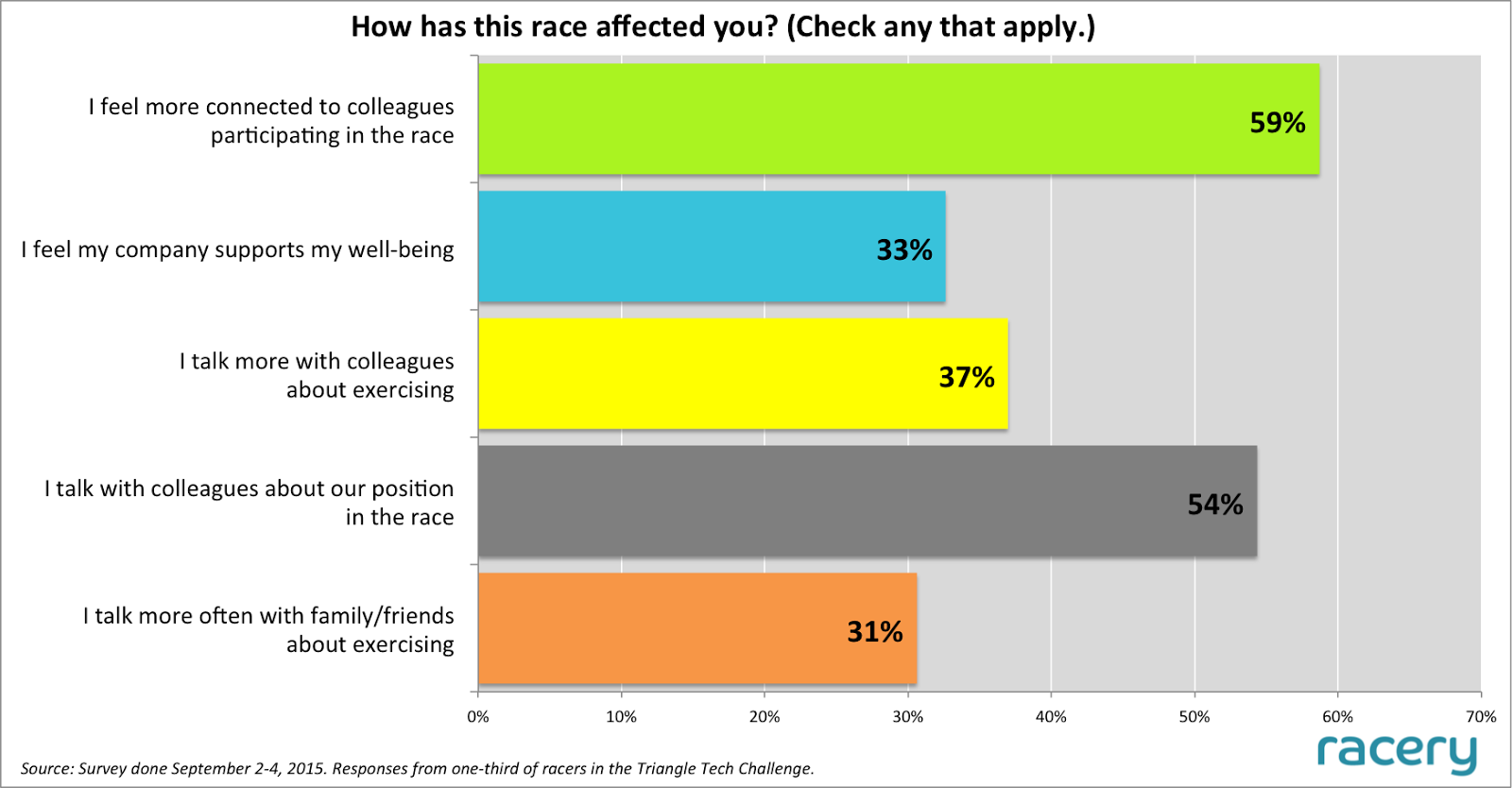 These social effects are particularly important because a) health science increasingly indicates that the attitudes and decisions of a person’s social network significantly shape the individual’s own health decisions and b) few wellness programs currently move the needle at the level of a company’s overall culture.

As racers talk about the virtual race day-after-day with colleagues, friends and family, the culture that surrounds and shapes them gets rewired. Rewired not just to focus on fitness, but to enhance the psychological and cultural traits that contribute to an active, exciting life  — action, motivation, intentionality, accountability, and teamwork.

In total, 53 racers responded to the survey. Want to learn more?