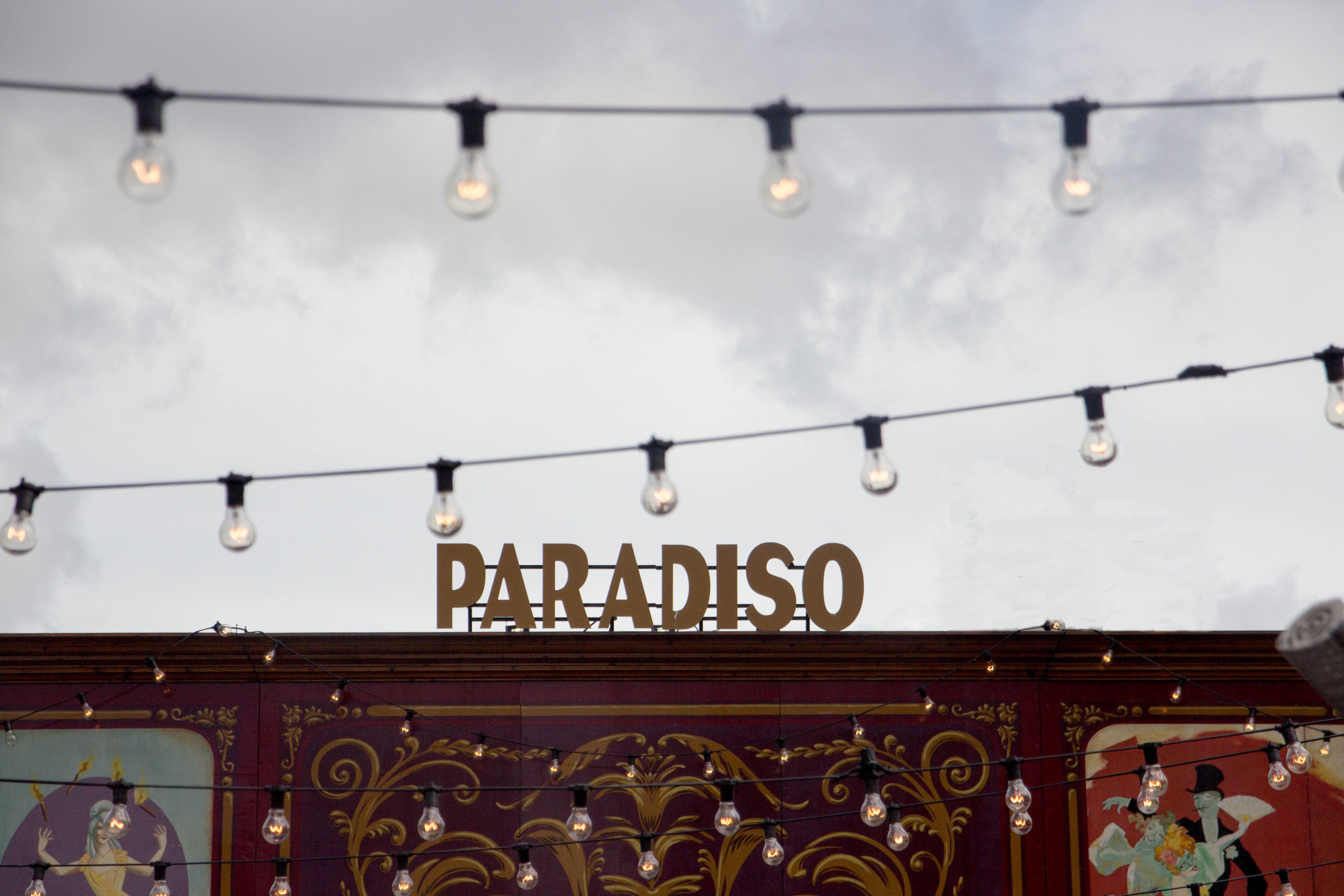 A lot of runners I know say they came to running for the weight loss, then stayed for the sanity.

This morning, trying to keep my legs turning over as I ran up a half-mile hill, I plugged into thinking (for the hundredth time?) about how important running is for my own sanity and happiness.

I’ve written before about running’s positive effect on my psyche. On a given day, I can’t predict what payoff I’ll get. Running often quiets the random noises in my brain, sometimes delivers a quiver of new insights, and occasionally blasts me with a dose of euphoria that can last days.

Even if none of that happens, I know that every run gives me some sense of empowerment and accomplishment. Maybe I’ve only managed a single mile, but I know I’ve climbed out of a quagmire of sloth, made it over the barbed wire of avoidance and engineered my own escape into the sunlight. Outside, pushing against the pavement, I’ve felt the entire globe push back, propelling me forward.

I spent some of this morning’s run thinking about a conversation I had yesterday with my friend Ben Fisher about his relationship with Adderall a few years back. Originally, Ben started taking Adderall to help him focus and keep up with ‘always on’ entrepreneur friends. Compared with Ben’s regular productivity, Adderall made him feel like he was getting A LOT OF STUFF DONE.  He felt good about that. (Here’s a great blog post he wrote about the experience.) Soon Ben learned that Adderall gave him a reliable sense of accomplishment, empowerment and even euphoria.

But there was a cost. If Ben skipped a day, he felt tired, blue… just dysfunctional.

Then, when Ben went to Europe on a long trip, he ran out of Adderall, and he tumbled into a black hole that lasted for days. Crawling out of the mental rubble, Ben took a long look back on the prior Adderall-fueled year. He realized that though he’d done a lot, he’d accomplished little. The buzz and excitement of accomplishment he’d felt was just… buzz and excitement. The many e-mails he’d sent didn’t really add up to much. The conversations he’d had were noise, with no wisdom distilled or deeper connections made.

Since then, Ben has stayed away from Adderall.

Writing about her Adderall experience in the NYTimes Magazine, Casey Schwartz describes a nearly identical trajectory from ‘sublime’ to ‘addicted’ to ‘sobbing.’ Describing the final struggle, Casey wrote, “During the first weeks of finally giving up Adderall, the fatigue was as real as it had been before, the effort required to run even a tiny errand momentous, the gym unthinkable. The cravings were a force of their own: If someone so much as said ‘Adderall’ in my presence, I would instantly begin to scheme about how to get just one more pill.”

Writing this, I realized that I’ve know a handful of other people like Ben and Casey, people who started taking Adderall and its stimulant cousins to focus. (Willpower in a pill, to paraphrase Casey.) Then they came to rely on Adderall’s boost to their sense of well-being. Finally they were damaged, scarred or crippled by that reliance.

My bet that each of you is close to more than a couple of people who are, right now, somewhere along this trajectory. One in 50 Americans between 20 and 40-years-old is taking ADHD medications. If high-achieving, well-connected adults get stimulant prescriptions at twice that rate, eight of your two hundred Facebook friends is taking Adderall or other stimulants.

Originally prescribed for children with ADHD (in part thanks to giant marketing budgets that fill medical journals with color ads), Adderall and its cousins are now being marketed to adults with little regard for a host of nasty side-effects, which include anxiety, sleeplessness, hallucinations and addiction. Psychiatrists and family doctors, themselves habituated to the ease of prescribing a quick fix, keep on prescribing. And they know that not prescribing means losing customers. (Don’t get between a mom and her superpowers!) The net effect is that sales of stimulants rose 400% between 2002 and 2012.

Prescribing doctors don’t think about Adderall’s dark side. They’re busy solving the ‘focus’ problem, and someone else cleans up the pieces. Harris Stratyner, an addiction specialist interviewed by Casey Schwartz, sums up his experience at the other end of the Adderall conveyor belt:

“Many people are using Adderall to mask a sense of disappointment in themselves, Stratyner says, because it narrows their focus down to simply getting through each day, instead of the larger context of what they’re trying to build with their lives. “It becomes extremely psychologically and physiologically addictive,” he says. “It’s really a tough drug to get off of.” The side effects of Adderall withdrawal that his patients report include nausea, chills, diarrhea, body aches and pains, even seizures. Occasionally, it is necessary for him to hospitalize his patients as they come down off Adderall.

Comparing the quick ‘fix’ that people get from Adderall and other stimulants with what dedicated runners get from doing miles, I realized that running is a lot like buying happiness on a lay-away plan. The pain and hard work come up front. You make deposits over weeks and months. Then, very slowly, you start to enjoy what you’ve been saving up for.

In contrast, relying on stimulants is like taking out a loan — today’s happiness and focus comes at the expense of feeling blue, dysfunctional or just plain terrible if you don’t take the pill tomorrow.

If the mood medicating goes on long enough, eventually you’ll have borrowed too much happiness and focus from your future self. The borrowing can metastasize into a psychic Ponzi scheme. New loans, in the form of layers of new drugs that stimulate new neurotransmitter systems and brain modules, get taken out to keep the interest on the accruing happiness interest. The cycle keeps rolling. Other coping mechanisms, whether psychological, social, spiritual or physical, get neglected and atrophy. Sooner or later, there’s no new module or neurotransmitter to borrow from. Everything crashes.

It’s not just biology.  Each approach — stimulants versus miles, borrowing versus saving — teaches its own lessons.

On the one hand, the stimulant strategy is simply focused on an uncomplicated outcome — feeling in control, feeling accomplished, feeling good. In a word, happiness! In this strategy, happiness can be timed and measured. In this psychic economy, nothing that comes before or after has its own value. Happiness is a free lunch, or at least just a copay away. You’re rewarded for opening a pill bottle, trained to be impatient and demanding. Give me that happiness!

On the other hand, exercise teaches that it’s process that matters — looking ahead, preparing, stepping out the door, dealing with physical discomfort and pain, conversations with others on the same path, deciding today (and tomorrow and the next day) to step or not step, making effort to make it to the top of just one more hill. And then another hill. And then doing it all again tomorrow.

Taken alone, none of these physical and psychic steps accomplishments amount to much. They’re tiny and incremental and rarely fully articulated. Even the satisfaction of a core insight — that you can be proud of buying and paying for your own happiness — is extremely slow to arrive.

Taken together, though, all these decisions to take another step add up to a journey of hundreds of miles and a tingling, bone-deep appreciation of just being alive. Eventually you realize the end of this particular run is not the ultimate goal. The goal is not the hill top, the 10k finish line, a shiny medal of happiness.

If I had time, this argument might be extended beyond stimulants to anti-depressant medication. Here’s a brief sketch: While common anti-depressants like SSRIs are essential and lifesaving for some people with extreme depression, it turns out you can make the same arguments as those above about psychiatrists’ reliance on anti-depressant prescriptions for quick fixes. Study after study shows that physicians, whether out of habit, sloppiness or eagerness to play God, overestimate the efficacy and underestimate the harms of medications. Prescriptions for psychiatric medications are rising steadily, though the scientific theories behind how they work are still fuzzy or just plain wrong. Studies show that, in aggregate, antidepressants are no better than placebos for less than severe depressions. And while research shows that exercise is usually more effective and longer lasting than medication in alleviating depression and anxiety, only 40% of psychiatrists recommend it to their patients. If you ask me, that’s negligence bordering on malpractice.